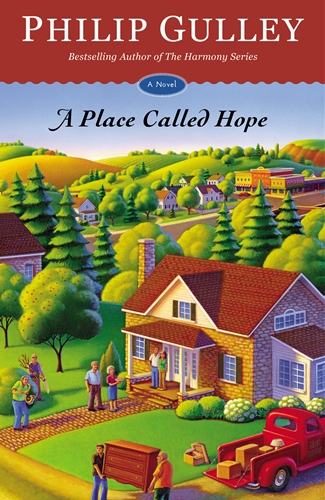 A Place Called Hope is AVAILABLE NOW! Fans of the critically acclaimed Harmony series will delight in the return of it’s central character, Sam Gardner, in this new series by Gulley.

When Quaker Pastor Sam Gardner is asked by the ill Unitarian minister to oversee a wedding in his place, Sam naturally agrees. It’s not until the couple stands before him that
he realizes they’re two women. In the tempest of strong opinions and misunderstandings that follows the incident, Sam faces potential unemployment. Deeply discouraged, he wonders if his pastoral usefulness has come to an end. Perhaps it’s time for a change. After all, his wife has found a new job at the library, his elder son is off to college, and the younger has decided to join the military once he graduates high school. Sam is contemplating a future selling used cars when he receives a call from a woman in the suburban town of Hope, Indiana. It seems Hope Friends Meeting is in desperate need of a pastor. Though they only have twelve members, they also have a beautiful meetinghouse and a pie committee (Sam is fond of pie). But can he really leave his beloved hometown of Harmony?

A Lesson in Hope 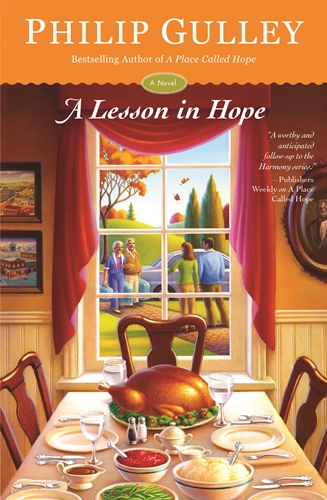 Sam Gardner has been pastor of Hope Friends Meeting for just four months when a ninety-eight-year-old member, Olive Charles, passes away and leaves her entire estate–worth almost one million dollars–to the meeting.

It’s not long before this unexpected windfall creates a storm of conflicting opinions amongst members of Sam’s church as to how the money should be used. And to make matters worse, Olives’ niece Regina threatens the church with a lawsuit over what she deems her rightful share. Sam soon finds himself in over his head, trying to successfully deal with Regina’s negotiations and lead his congregation to a decision.

A Gathering in Hope 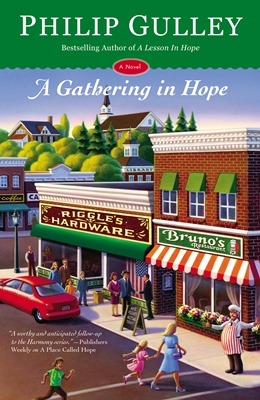 Thanks to an unexpected windfall, Sam Gardner’s congregation (with the exception of a few malcontents) is eager to expand their meetinghouse. But before building can commence, the County Environmental Board and the Department of Natural Resources put the quietus on the plan.

A colony of endangered Indiana bats have made the tree beside the meetinghouse, and the meetinghouse attic, their place of hanging, mating, and living, which poses a big problem for the congregation. Aside from the fact that their fanged visitors are engaging in sinful acts on church property, until these bats leave for hibernation, Hope Friends Meeting is left without a gathering place. And when an over-zealous Leonard Fink takes matters into his own hands, he may even land himself–and Sam–in jail.