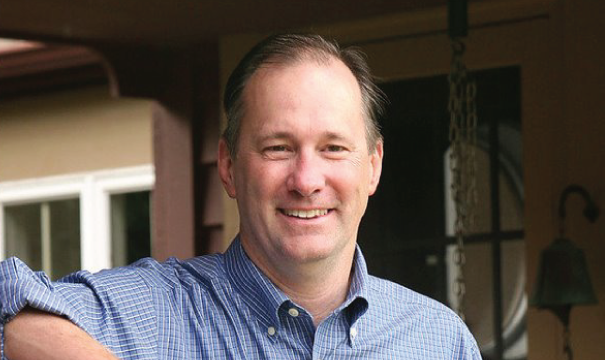 I went for a walk this past Wednesday evening through the neighborhood where I grew up on Broadway Street in Danville.  When I passed our old house, I had a flashback of fighting with Ricky Smith, the boy who lived across the street from us.  It wasn’t much of a fight.  It consisted mostly of threats of what we were about to do to one another, warning the other that they were going to be “very, very sorry.”  We were maybe 12 years-old, so were never in danger, and it ended when our respective mothers, weary of our shouting, came outside to retrieve their warriors, which as I recall was the most humbling aspect of the whole event–to be carried from the field of battle not on your shield, but by your mother, your ear in the firm grasp of her hand.

She took me inside, sat me down at the kitchen table, and said, “Ricky is your neighbor, and you will get along with him, or there will be real trouble.”  It was the emphasis she placed on the word real that caught my attention.  She didn’t have to describe what she meant, her enunciation said it all.  Real trouble.  Ever since Mom died, people have been coming up to me and saying, “Your mother was so sweet.”  Yes, she was, until she wasn’t.

So I’ve been thinking about the word neighbor this week, and remembering that story Jesus told when asked by a man, Who is my neighbor?  The man asking preferred a rather narrow definition of neighbor, a definition that included only the likable, the familiar, the similar.  Kind of like those folks today who want whites to live in America, blacks to live in Africa, Hispanics to live south of our walled-in border, Jewish people and Muslims to live anywhere but here, and gay people not to live at all.  So you can see that the demons that constricted that man’s understanding of neighbor are still with us today.  They’ve not gone anywhere.  They just look a little more presentable.  Heck, some of them even hold public office.  When I was watching those young men march in Charlottesville, I thought to myself, “Why, they look just like normal people.  Khakis and polo shirts.”  So they’re still with us today.

Jesus knew this man’s heart, knew the smallness of mind and spirit that had this man in its mean and shriveled grip, and spoke to it directly.  “You want to know who your neighbor is?  I’ll tell you.  There once was a traveling man who was fallen upon by thieves.  He was beaten, kicked, stomped, and left for dead.  Two men with impeccable credentials, your kind of people, passed him by, not lifting a finger to help.  But then a third man, a Samaritan, one of those others you despise, stopped, treated his wounds, and carried him to a safe place, leaving money for his care.  Now who acted like a neighbor that day?  Neighbor has nothing to do with geography.

Last Sunday’s Indianapolis Star told a story about a man named Matt Heimbach, referring to him as the next David Duke, who you’ll remember was the Grand Poobah of the Ku Klux Klan.  The article said Heimbach lived in Paoli, where Joan grew up and we have our farm.  Well, that got us curious, so when we were down there last weekend, we started looking for his house, driving around looking for a house with a swastika and a confederate flag and a statue of Adolph Hitler in the yard, because that’s what all their houses look like, isn’t it?  But we couldn’t find it.  So we called a friend who’s a pastor in Paoli and asked him where Matt Heimbach lived and he told us, and it turns out we’ve driven past Heimbach’s house probably a hundred times without realizing it.  Just a normal, average house.  It had two things in the front yard—an American flag and a Trump/Pence sign, like many houses in our nation today.  Nothing all that unusual.

It reminded me of what Hannah Arendt wrote.  She was a German Jew who escaped the Holocaust, then spent her life writing and thinking about how such a thing could happen.  In 1961, she was sent by the New Yorker magazine to cover the trial of Adolf Eichmann, which resulted in the book Eichmann in Jerusalem: A Report on the Banality of Evil.  In that book, she wrote, “The trouble with Eichmann was precisely that so many were like him, and that the many were neither perverted nor sadistic, that they were, and still are, terribly and terrifyingly normal…This normality was much more terrifying than all the atrocities put together.”

So we saw Heimbach’s average house and I thought of that quote, how evil can appear so terrifyingly normal, which is what Jesus said.  Just a normal guy getting beaten on a normal road, and normal folks walk right on by, and how that is even more evil than the beating itself.

I was talking with a Quaker last month who’d attended the Friends General Conference, the annual gathering of Quakers, and she was telling me about something a speaker there said about how whenever we encounter a Matt Heimbach type, we are always “calling them out.”  You’ve heard that phrase.  To call someone out is to draw critical attention to someone’s unacceptable actions or behavior.  I’m going to call them out.

You know the problem is this, no one ever took the Matt Heimbachs of the world, sat them down at the kitchen table, and said, “They are your neighbors and you will get along with them, or there will be real trouble.”  No one ever called them out, then called them in.  We can march against these people all we want.  We can yell at them, write posts against them on Facebook, raise our fists against them, and call them out.  But at the end of the day, they’re still our neighbors, our well-being is intrinsically linked to their well-being, so after calling them out, which we need to do, it is imperative that we call them in.  Call them into the human family.  Call them into the church.  Call them into loving relationships.  I know of no other way to bind their wounds, heal their hearts, and mend our world.